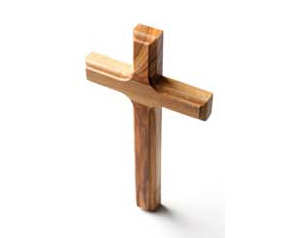 To be born in a country that has been shaped by the Christian faith (such as the UK) brings huge benefits. Many people call themselves Christians because they live in such a country, even though it does not appear to have a striking impact on the way they live from day to day. Unlike other religions there are no special clothes or daily rituals that make a person immediately recognisable as a Christian.

Many centuries of Christianity have shaped the justice, welfare and culture of their nation. The benefits of being nominally Christian include being part of a society in which people do not face execution without trial if they have political disagreements, or being abandoned altogether if they are vulnerable and alone. And much of what makes life joyful and beautiful, such as Christmas, art and celebrations, comes from a Christian heritage.

However, those who make a conscious decision to follow Jesus actively find that their lives are immeasurably improved by going through it in the company of the living God.

To follow Jesus requires faith. It is not possible to prove that God exists. But Jesus indisputably existed. Those who discover more about him find their lives shaped by his example and teaching. And Christians find that as their lives are shaped in this way, the evidence of God’s presence becomes more and more compelling. Jesus announced that those who followed him would have ‘life in all its fullness’. Christians have found that to be true. They have self-worth, security and purpose that they would not otherwise have known.

Following Jesus means that there is a way of moving on from regret or sinful behaviour, because forgiveness is freely offered by God. So a life of following Jesus often begins with a prayer asking God to forgive you.

Following Jesus means being able to face death or bereavement with reassurance, because you are accompanied by the God who knows the way out of a tomb.

It means having someone to say thank you to on occasions when a godless view of life seems inadequate, such as times of love, birth and beauty. It means that during the times of real distress, there is assurance that the God who has a plan that is ultimately good is going through the anguish with you. It means being aware of a purpose in life that is not self-centred, but (like Jesus himself) is excited by the prospect of making the world better. And following Jesus means that life is not humdrum. Christians often describe it in terms of having discovered an inner peace, a new meaning to life, and an incomparable sense of being loved.

What the Bible says about it

An extract from the Bible:
Jesus said, ‘Come to me, all you who are weary and burdened, and I will give you rest. Take my yoke upon you and learn from me, for I am gentle and humble in heart, and you will find rest for your souls.’
Where to find it:
Matthew 11:28-29
About these words:
A yoke was the wooden bar worn by a farmer’s ox that made sure he followed the right path when ploughing. Jewish leaders at the time of Jesus described way of life in which they instructed their followers as their yoke. This is how Jesus described what he intended it would feel like to follow him.